Seth Yacovone is a singer-songwriter-guitarist from Morrisville Vermont.

Mostly a self taught player, he took lessons with a few different teachers in his early years along with help from his mother, a guitarist as well. He emerged on the Vermont music scene in 1995, after coming in second place in a guitar contest in Burlington Vermont and winning studio time. With the help of Bill Schafer, then owner of the Burlington music store Advance music, a band was put together to record a demo of Seth’s original music he had written while homeschooling. Soon gigs were booked and Seth Yacovone and the Broke an Hungry Blues Band was born.They played their first gig on New Years Eve 1995/1996 with Bill Schafer (Guitar), Harry Chakin (Bass) and Jeff Salisbury (Drums) joining Seth.

The early music was heavily influenced by the founders of electric blues such as Muddy Waters, B.B., Albert and Freddie King, Howlin’ Wolf and Buddy Guy among others along with a heavy dose of Stevie Ray Vaughan, Allman Brothers Band, Rolling Stones, Cream and Jimi Hendrix as well. At the same time Seth’s songs had a youthful humorous approach to lyrics more influenced by Frank Zappa and Funkadelic than traditional blues lyrics. While these influences would continue to be the foundation of Seth’s music, at this time it was mostly straight up blues. Seth’s young age of 16 years and his enthusiastic performances began to draw attention in the Burlington area. Lee Diamond soon came aboard as the band’s manager and helped take the band from being a local act to a regional act. 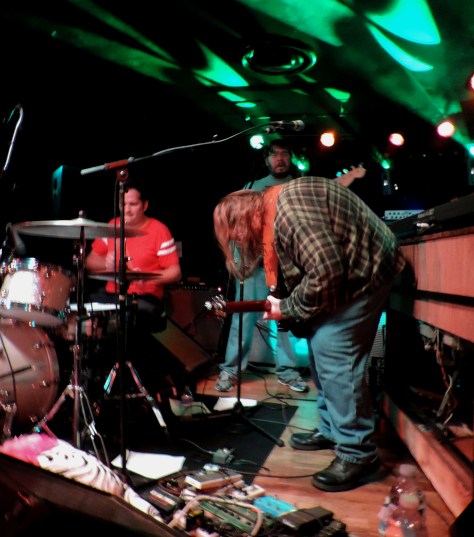 After a few shifting line-up changes, the band changed its name to the Seth Yacovone Blues Band and settled on the line up that would record the two CDs released under this name. Tommy Coggio (Bass), Luke Boggess (Harmonica and Vocals) and Adam Kay (Drums) along with Seth would play together from June of 1996 till April of 1999. In that time they would have the great honor of opening for B.B. King, Dr. John, The Neville Brothers, Koko Taylor, and Ian Moore among others and played hundreds of shows a year in the northeast. Bobfred’s Bathtub Minstrel was the group’s debut studio album released in 1997. It saw the band, joined by additional horns and keyboards, tackling 12 Yacovone originals and two written by Boggess. The follow up, a live effort of mostly unreleased original material, was released in 1998 and entitled Yessir! .

Your 5-Day Forecast at a Glance